Shopping Cart
Your Cart is Empty
Quantity:
Subtotal
Taxes
Shipping
Total
There was an error with PayPalClick here to try again

Thank you for your business!You should be receiving an order confirmation from Paypal shortly.Exit Shopping Cart

If you have kids it would be nice to see what you are going to experience before you get there. So what I am now doing is creating a page, with pictures, of fun things that my friends with children have recommended. I have been blessed with nephews and nieces so most of the places I have enjoyed myself. If you have any suggestions I should include please click the Contact Me icon and send me a note.

Last year I had my niece and nephew come to visit who were 20 years old. This was the perfect place for us to hang out and race cars, play pool and play some golf. I cannot tell you how many hours I have spent here and

for just a few rolls of quarters. Below are recent pictures of the inside and how much it has been upgraded. It is completely different and I cant wait for my 8-13 year old nephew & nieces to visit and start a new tradition on the golf course. They also have a room that was being decorated while I was there...so cute! If you want to have a kids party or a family gathering just give them a call.

You can find the Emerald Dolphin Mini Golf (technically) right across the street from McDonalds and Harvest Market. If you pull into the hotel parking lot don't get frustrated, just head a few feet towards the ocean and curl around to the left like your leaving the place and...there it is. 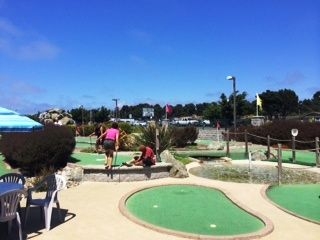 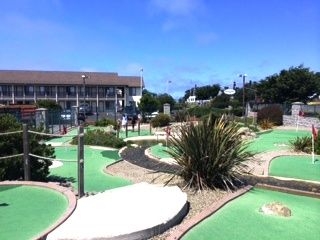 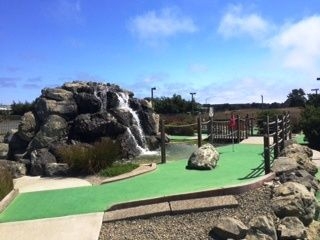 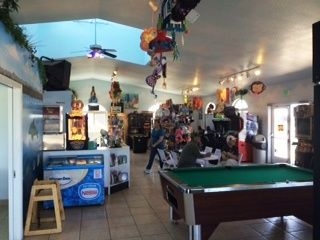 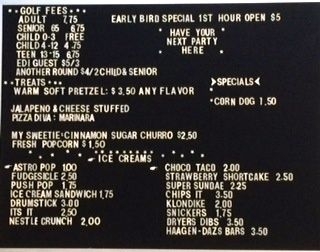 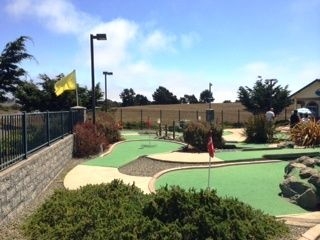 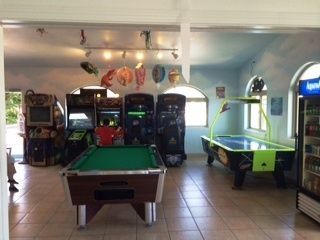 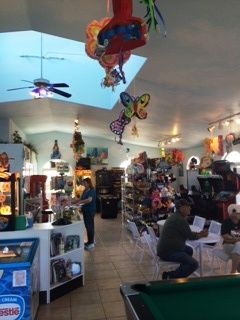 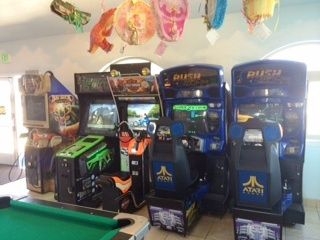 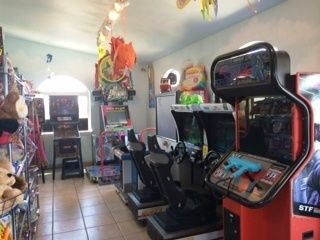 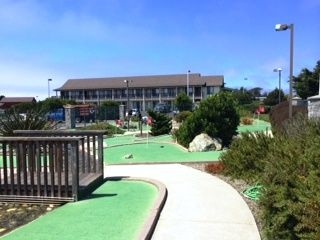 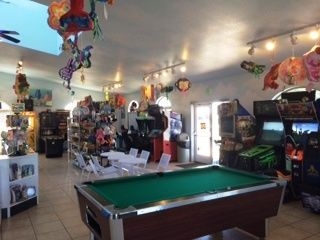 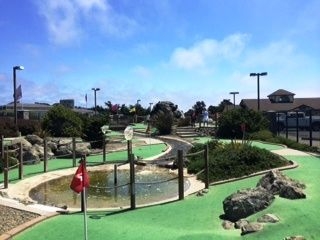 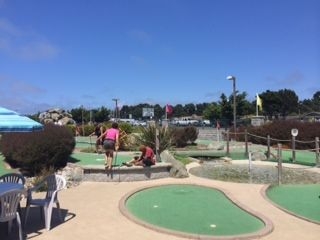 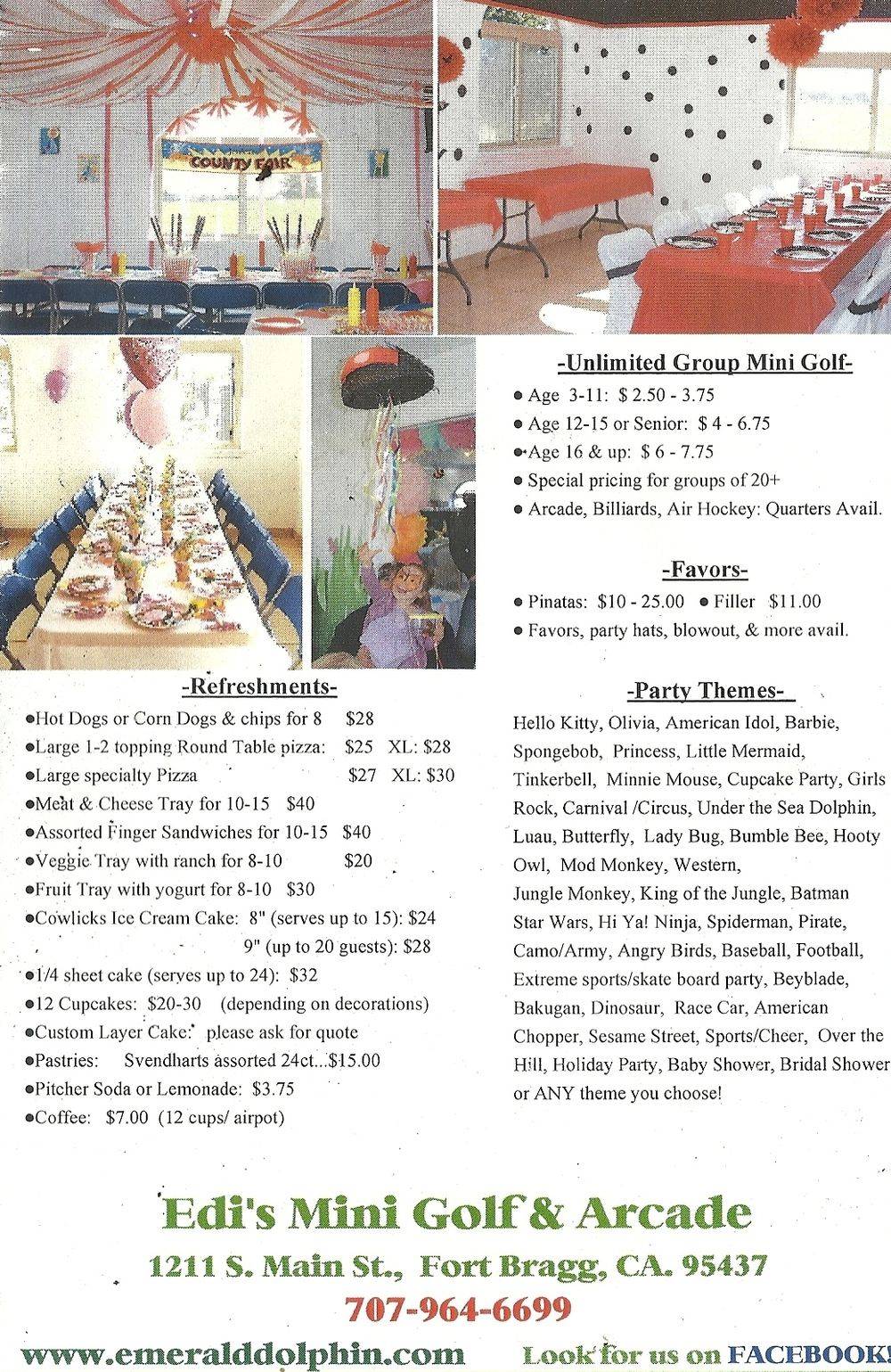 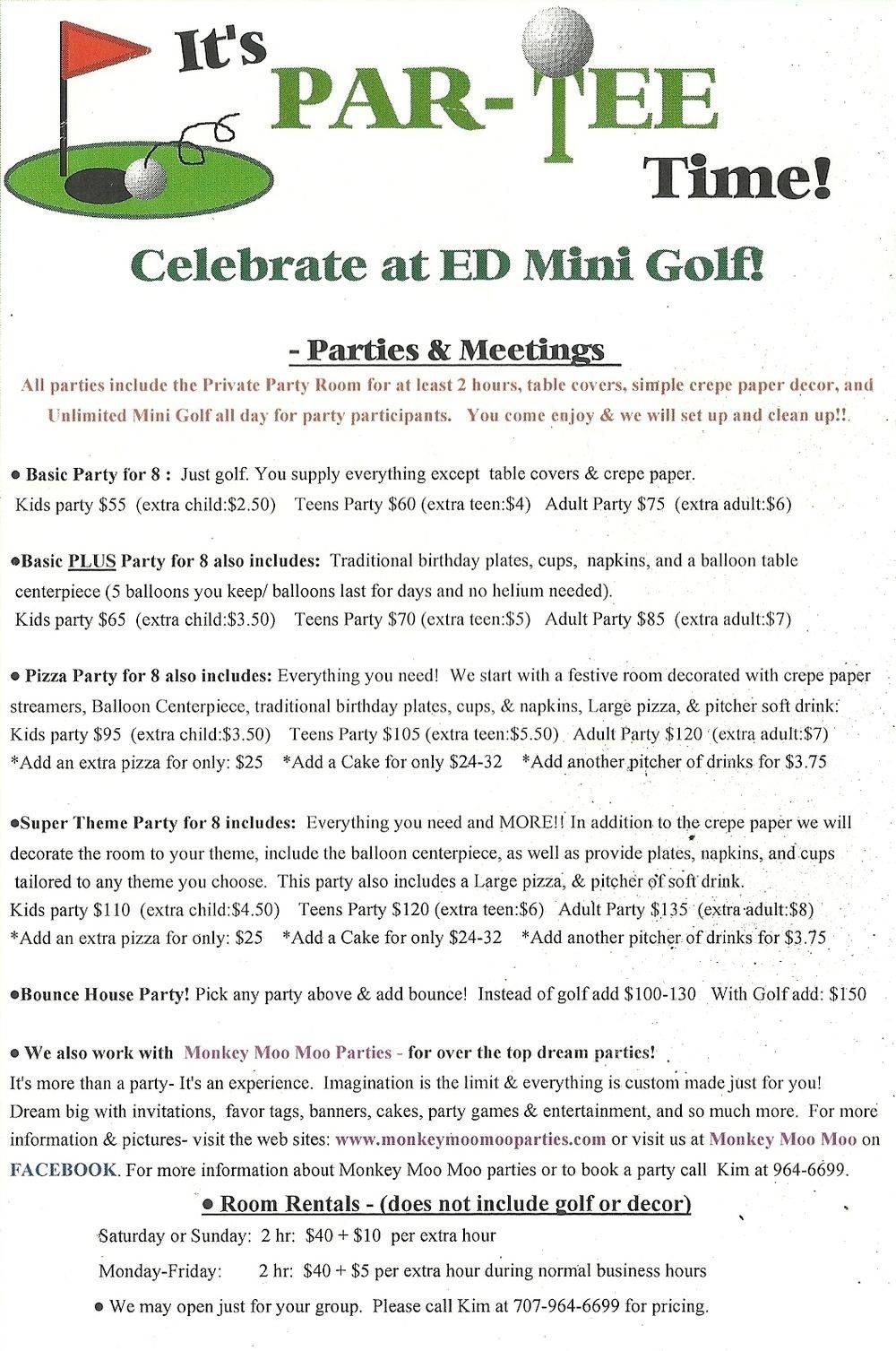 Not only is this a great place for pizza but you can have the whole back of the restaurant for your kids to run around and play in the game room. As you can see from the pictures below it has a bunch of games for all level of ages. Have some pizza, wear out the fun here then go and play some golf and master their games. 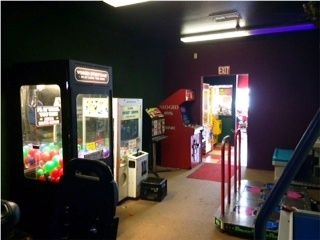 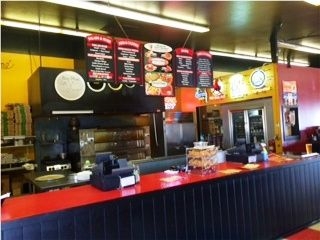 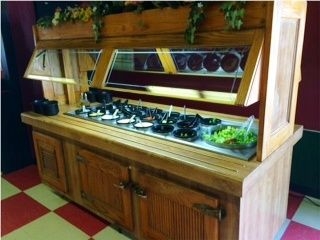 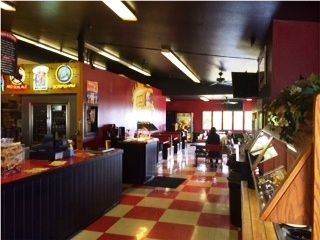 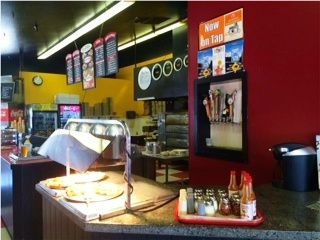 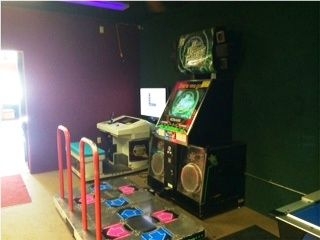 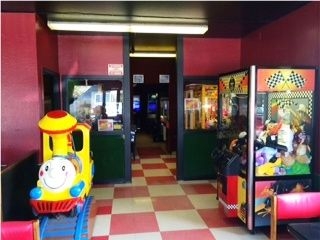 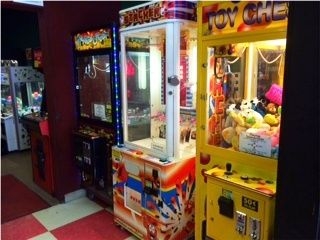 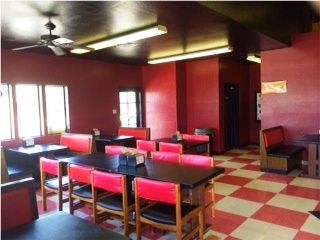 Skunk Train for a day tour thru the forest! Ride outside or head in and get a bite to eat and a cocktail or soda.

Main Street and Laurel Street right behind the The Depot!

for more great quizzes like this go to: http://www.sciencekids.co.nz/quizzes/food.html

1. The rice dish ‘paella’ comes from what country?

2. Deer meat is known by what name?

3. Are humans omnivore, herbivore or carnivore?

4. What food is used as the base of guacamole?

5. The range of vegetables, fruits, meats, nuts, grains, herbs and spices used in cooking are known as what?

6. True or false? India is the world’s largest producer of bananas.

7. What is the sweet substance made by bees?

9. True or false? McDonald’s has restaurants in over 100 countries around the world.

10. The ‘Pizza Hut’ franchise began in what country?

11. Foods rich in starch such as pasta and bread are often known by what word starting with the letter C?

12. True or false? Trans fats are good for your health.

13. What is another name for maize?

14. Fruit preserves made from citrus fruits, sugar and water are known as what?

15. True or false? ‘Beefsteak’ is a variety of tomato.

16. Dairy products are generally made from what common liquid?

17. Do coconut trees grow better in cold or warm climates?

19. What is the popular food used to carve jack-o-lanterns during Halloween?

20. Chiffon, marble and bundt are types of what?

for more great quizzes like this go to: http://www.sciencekids.co.nz/quizzes/food.html

Ok this is a great but when I tried it...it didn't work. I don't think I spun it long or hard enough.

Made from pizza boxes! Not just for kids. But for a fun night with the pizza box be creative and make it a picture frame. Have the kids draw a picture of that night and then hang it on the wall. Make it a tradition!

All of these great box ideas were gathered from Pinterest: https://pinterest.com/solveiglilja/cardboard-box-fun/

http://www.funmoods.com/ is great for everyone to ShareTheir Moods thru those cute little animation cartoons you see in emails. Check out this website and see what free fun you can have. You may have to down load the program so if you don't want to do it then just look in Google and find another free site that you don't have to download anything. Enjoy!

Macaroni Dog of the Sea!!!

Have child crumble 9 cookies in bottom of dish open and pour on can of pie filling spread evenly, crumble up other 9 cookies on top place lid on container and vent place in microwave for 5 minutes on high. Serve

This is a great idea to keep children busy during down times (bus stop, bus duty, bus ride home, etc.).

1. Find a plain, flat spot on the backpack and create a tic-tac-toe board using velcro and any inexpensive plastic toy pieces (or make your own game pieces from craft foam).

2. Draw the tic-tac-toe board on the backpack with a permanent marker. If you don't want to mark the visible outside then draw the board on the inside between arm straps. Draw on a separate cloth and velcro or sew on.

The game pieces can be nicely stored in one of the outside pockets of the backpack.

Links to Gifts Kids Can Make for Other Kids, Family and Friends:

Create a secret hollow book. Find a cheap musty old classic at your nearby Goodwill or used bookstore. Glue the pages together, use an X-Acto knife to hollow out the center of the book. Now the recipient can store his treasures!

Whether you’re artistic or not give a memory drawing: “Draw a very simple black-and-white picture of a memory that you have of you and the person (e.g. me and my dad playing NES back in the day). This could be a very simple drawing. Frame it and gift. The great thing about this (besides being cheap) is that you can give it multiple times to the same person. They will have a growing collection of ‘memory drawings’ from you.” Beck reports this gift is very well received by family members.

Cobblestone offered a great idea: “For my cash hungry nephews and niece I make sure to do something creative to get the money. This year is going to be a family trivia game with questions that make them talk to other family members. It is much more interesting than a $20 bill.” Of course, it’s also possible to do this without the monetary reward.

Leanne has an idea that might be useful for college students looking for gifts on a budget. “I have a friend…who compiles a mixed CD every year and mails them out to all his friends. It serves as a holiday card, gift, and moment of reconnection (we get a sense of how his year has been/things he’s been dealing with or excited about based on the music he chooses) plus we get introduced to new music we might not have picked up ourselves.”

Knip has a fantastic idea for a grandparent or other older relative: a memory jar. “The most wonderful gift I’ve ever given (it’s still talked about years later) cost me almost nothing. I spent a few months contacting friends and family members and asked them to send me memories and old pictures of my grandfather. Then I wrote one memory (or printed one picture)on each of 365 business card sized pieces of cardstock. I folded each in half and secured it with a bit of tape, then placed them all in a big jar I decorated. Every morning for the next year, my grandfather would take out a paper, open it, and see what other people cherished in him. He loved it.”

This is for all you Sock Monkey Fans!!!

C. Turn sock right-sie out and stuff using opening between legs. When body and legs are completely stuffed, overcast the opening to close hole.

Cut off the white toe of sock making sure to leave 1/2" brown seam allowance to create roll. *DO NOT cut on fold, sock may not be symmetrical.

Cut off white and red heel, leaving 1/2" seam allowance to turn under when sewing. * Again, DO NOT cut on the fold.

Divide upper section of the sock into three equal sections. To form tail draw a line from the top to the toe on the inside (long side) of the sock. Draw a line across the bottom of the remaining two sections (just above the heel) to form base of arms. Round off top of arms on white part of sock. Cut out each section. Sew each piece using 1/4" seam allowance, turn and stuff.

Place on front of monkey's face about 1" below white edge. Whip stitch top edge of mouth section first to secure, and stuff. Sew around bottom of the mouth to close.

Place on sides of monkey's head and whip stitch in place. May choose to do a small running stitch 1/8" in from edge of ear to create rim.

Attach tail at the seat of the monkey center in red of heel. Whipstitch closed. Secure arms on either side of monkey's body with whipstitch.

* All finishing techniques are entirely up to the creator. There is no right or wrong. The following suggestions are based on a typical sock monkey style:

H. Add red yarn pom-poms to hands, feet, around neck and on top of hat.

These funky art magnets put the "fun" in functional! Package them sweetly in a neat jewel case, then present them to a loved one you're just plain stuck on.